Episode 10 - The Whiteboard as Holy Instrument of Conversation

David and Dave talk about the particular characteristics of a whiteboard make it a vital tool for conversations that hope to lead to innovation.

Stone tablets are for recording things that don't change.

Early over-legitimization of ideas by PowerPoint is completely disastrous in innovation.

Text on pieces of paper travels well through space, not time. Whereas rocks travel well through time but not space.

The medium that we choose to record our messages has a lot to do with how they function in our societies. Things written on papyrus or on a little piece of clay were really basic to trading in the ancient world -you could take them with you as a promissory note.

Jesus leant over and drew in the sand. I have no idea what he wrote or sketched but the interesting thing is the symbolic impermanence (despite this being the finger of God), and giving time to somebody else.

These are all suitable ways for God to choose to speak. So there's nothing kind of divine about any particular instrument, but there might certainly be something that's very “set apart” as right for an instrument that might evoke the word “holy”.

The key thing about a white board is it's a work in progress. You have something that you write, can be rubbed out, and rewritten; a word changed in in the blink of an eye. And that tells us that the cement is wet.

You've got that visual memory of where you are in the conversation: “that idea was when Joe was talking, and we were up in the top right hand corner of that board…” - and you flip back through your photos and there it is.

A whiteboard (or maybe a flip chart) does offer you away of honouring and recording an input: “In this corner we're putting the stuff for later”. The person who's leading the conversation has a mechanism of derailing the side track rather than derailing the main conversation.

Putting it up there demonstrated that the person had been heard. It's a very respectful way of proceeding when it's all so provisional. If it falls by the wayside - if it doesn't become a theme that develops further - so be it.

The facilitators responsibility is to understand the unfolding conversation, not to become expert in the context or the subject matter.

When you make the shift to a white board people can be on their feet, and they're upright, and their heads are up and there's a totally different body-ness in the way we're dealing with information.

The opposite is to see what PowerPoint does to your conversation. No matter how much you want to say that the slides you produced are “just for people to have ideas, just to lead the conversation, just an offering” and so forth, the effect of PowerPoint is that people see it as a finished thing. The best feedback you'll get will be about the typo on page 4. 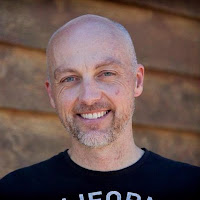 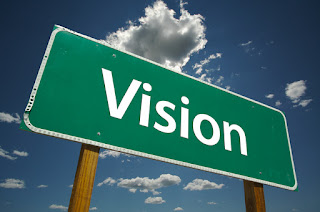 Episode 18 - The Danger of the CEO's Shower 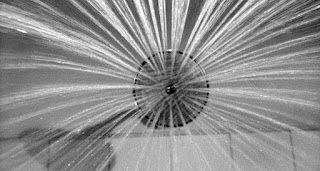 "The CEO's shower is the most dangerous place in this company." Dave C actually said that in a meeting of very senior staff at the company he was working at. It certainly got people's attention. The problem was, whenever the CEO had a bright idea (in the shower or elsewhere) he'd share it with someone who heard "This is a well thought out proposal with my support, please make it so." Whether it was the intention of the CEO or not, this culture was at odds with an emerging design culture that was trying to be discipled, rather than reactive, in developing new products and services for customers. Listen here . Find the podcast on  itunes  here .
Read more